As festival events are located in central Kyoto, for the most immersive experience, we recommend staying at an accommodation nearby.  With some events spread out over the same day, or taking place during the night, having a place to go back to for a break nearby gives you much more freedom to enjoy the festival at your own pace without worrying about transportation.  MACHIYA INNS & HOTELS has several traditional Japanese-style accommodations in the neighborhood, all making the perfect backdrop to enjoy the Gion Festival to the fullest.

1. What is the Gion Festival?

The Gion Festival, or the Gion Matsuri, is a festival spanning the entire month of July, held in Kyoto.  As one of the most famous festivals in Japan, tourists come from all over Japan to attend. In essence, it is a summer festival centered around Shinto ceremonies conducted at Yasaka Jinjya, or Yasaka Shrine, with the main draw a parade of 33 large floats in mid-July.

The Gion Festival dates back to 869, when the emperor of Japan ordered a religious ceremony to be conducted to placate the gods and subdue the plague ravaging the city of Kyoto.  Along with ceremonies and prayers, the people erected 66 tall spears, representing the 66 provinces of Japan at the time.  This became the precursor to the 33 famous yama and hoko floats today.

From there, the festival  was celebrated every time there was an outbreak of sickness, but in 970, it was decided to make the festival an annual event. As time went on, the Gion Festival continued to evolve and become more and more elaborate.  In 1533, the Ashikaga shogunate general banned the religious elements of the festival, so it became more of a chance for the wealthy and prestigious in Kyoto city to show off.  Today, the festival has gone back to include the religious elements that were so instrumental in the beginning years.

The festival is divided into 2 halves, the Saki Matsuri and Ato Matsuri, and the dates for the various events remain the same each year  Although the actual festival begins on July 1st, the events that can be viewed and enjoyed by the public begin on the 10th.

Many events are spread over the entire month, but we’ve made a list of the major events and how to enjoy them. Although the main parade and night-time festivals in mid-July are the most popular, other events are also steeped in history and tradition and are a sight to see.

Where: Begins and ends at Yasaka Shrine

What: A procession of men with lanterns and costumed women and children accompany the mikoshi, or portable shrine, from Yasaka Shrine to Honnoji Temple, through Teramachi Street, and then back down Shijo Street to Yasaka Shrine again.  Children perform various dances in front of the shrine after returning.

Where: Begins at Yasaka Shrine, ends at Shijo Ohashi Bridge

Where: various participating neighborhoods (we recommend checking out the Shijo-Karasuma area to start with)

What: The various yama and hoko floats begin construction.  This is done from scratch and without the use of nails and modern means, completely relying on traditional methods that have been passed down over the years.  The floats, some said to be as big as 12 tons, are assembled slowly, and visitors are welcome to watch!

What:  A chigo, or sacred child, is chosen from among the prestigious families in Kyoto each year.  They are considered the vessels for the gods during the festival period, so are usually carried everywhere so that their feet do not touch the ground. Before riding the leading float during the parade, he makes his way to the Yasaka Shrine in a procession dressed in traditional clothe. At the main temple he prays for the success of the festival.

What: This night-time festival is the main enjoyment for many Kyoto residents and visitors, as food stalls line the streets and the floats are lit up and on display.  You can purchase lucky charms, enjoy eating traditional ‘chimaki’, and if you’re lucky, you may have a chance to climb into a traditional parade float. If you truly want to blend in with the locals, we recommend wearing a yukata, or light summer kimono, to the festival.  Many Japanese choose to dress up and participate wearing traditional clothe during this festival.

Where: Shinmachi and Muromachi neighborhoods

What: Held at the same time as the Yoiyama, many wealthy families in the Shinmachi and Muromachi area open up their doors for the public to view traditional treasures collected by their families.  You will get a chance to see beautiful artwork and majestic folded screens that are usually kept hidden away.

What: Traditional Iwami Kagura dances are performed on the nō stage at Yasaka Shrine.  The sacred dances are expertly performed with beautiful costumes, making for a truly memorable event. Professional dancers come from the Izumo area to perform specially on this day, so it is definitely worth a trip to the shrine!

Where: Beginning at Shijo Station, and ending just past Karauma Oike Station

What: The procession, or parade, is the true climax and jewel of the Gion Festival, held to purify the streets.  After the sacred rope on Fuyacho Street is cut by the sacred child, the procession officially starts. 2/3rds of the participating floats make their way through the streets, but the true spectacles are the 3 large turns, or tsujimawashi, that the floats make.  To get a good view, we recommend grabbing a spot on one of the corners where the turns take place.  The 1st turn is at the intersection by Kawaramachi Station (around 9:30), the second at the intersection near Kyoto City Hall (around 10:20), and the last at Shinmachi Oike Street (around 11:20).

Where: Beginning at Yasaka Shrine and ending at Shijo Teramachi

What: A contrast to the graceful float procession early in the day, the Shinkosai is a boisterous and thrilling event with lots of yelling and shouting by the participants as well as viewers.  Three large mikoshi, or portable shrines, appear in front of Yasaka Shrine, where a ceremony is performed transferring the Shinto god from the shrine into the mikoshi. The mikoshi are then carried through the streets from Yasaka Shrine to the intersection of Shijo Teramachi, where they will be displayed until the 24th.  The earlier parade is actually an opening act for this evening event, purifying the path for the mikoshi to travel.

Float Construction of the Ato Matsuri

Where: various participating neighborhoods (we recommend checking out the Shijo-Karasuma area to start with)

What: Like the earlier construction, the remaining 1/3rd of the floats are built by hand during this time.  If you missed this during the Saki Matsuri, be sure to watch the magnificent floats go up!

Yoiyama of the Ato Matsuri

What: Like the earlier Yoiyama, the area is lit up with lanterns and various food stalls line the streets.  Be sure to grab some shaved ice with syrup to cool off!

Yamahoko Junko of the Ato Matsuri

Where: Beginning at Karasuma Oike Station, and endingat Shijo Station

What: The remaining 1/3rd of the floats make their majestic procession down the streets. The path begins where the first parade ended, retracing its way backwards down to Shijo Station.

Where: Starting and ending in Yasaka Shrine

What: 10 colorful and festive umbrella floats begin from Yasaka Shrine and make their way through central Kyoto, accompanied by around 1,000 people, mostly women and children. The geiko and maiko of Kyoto also participate in this event.  As the lively procession makes its way, dances are performed periodically.  The finale is after they all return to Yasaka Shrine, where a final series of performances are conducted as an offering to the gods.

Where: Beginning at Shijo Teramachi and ending at Yasaka Shrine

What: The 3 mikoshi displayed at Shijo Teramachi are once again paraded loudly down the streets back home to Yasaka Shrine.  There, a ceremony is held to return the god back to Yasaka Shrine.

Where: Begins at Yasaka Shrine, ends at Shijo Ohashi Bridge

Where: Eki Shrine within the grounds of Yasaka Shrine

4. How to get there and around

The events of the Gion Festival take place in central Kyoto, mainly around Shijo, Kawaramachi, and Oike streets.  We recommend taking advantage of the subway lines to access Kawaramachi Station (Hankyu Line) or Gion-Shijo Station (Keihan Line).  During certain events, some areas are also closed off to cars and buses, so be sure to be aware of the dates and traffic regulations in place during your visit as taxis may not be able to take you to your destination.  In general, plan on walking to participate! Part of the fun of Gion Festival is being able to walk around Kyoto taking in the festival atmosphere, so be sure to bring a comfortable pair of shoes!

To get the complete experience of the Gion Festival, be sure to stay in a traditional Japanese-style machiya accommodation in the area!  While enjoying a renovated Japanese machiya complete with modern comforts, you will have the best access to the various events that Gion Festival has to offer.

Reserve an entire private machiya house (traditional Japanese townhouses) – exclusive for one group per day.  Several of our houses are located a short walk away from the main festival area in central Kyoto, making getting around a breeze!

Located in the Shijo district, this renovated Japanese machiya building is the perfect blend of art, Japanese design, and modern comforts. 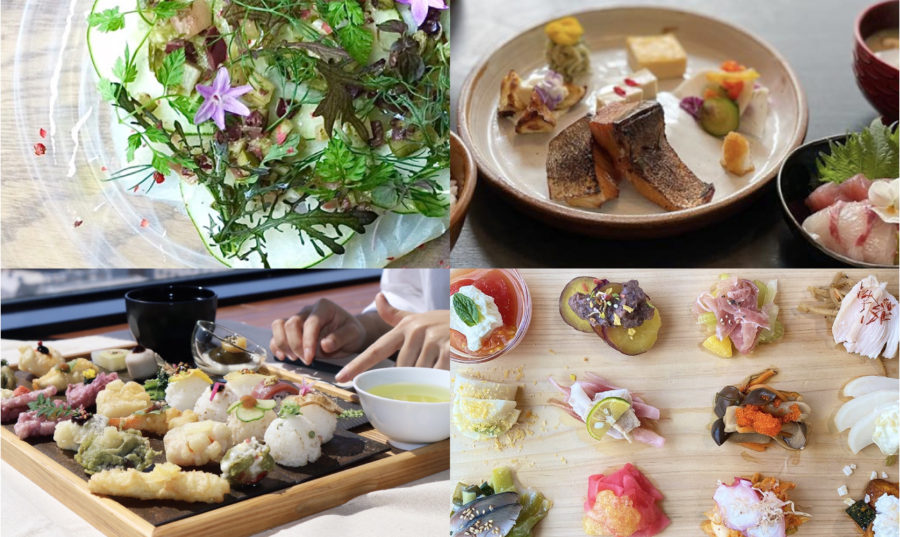 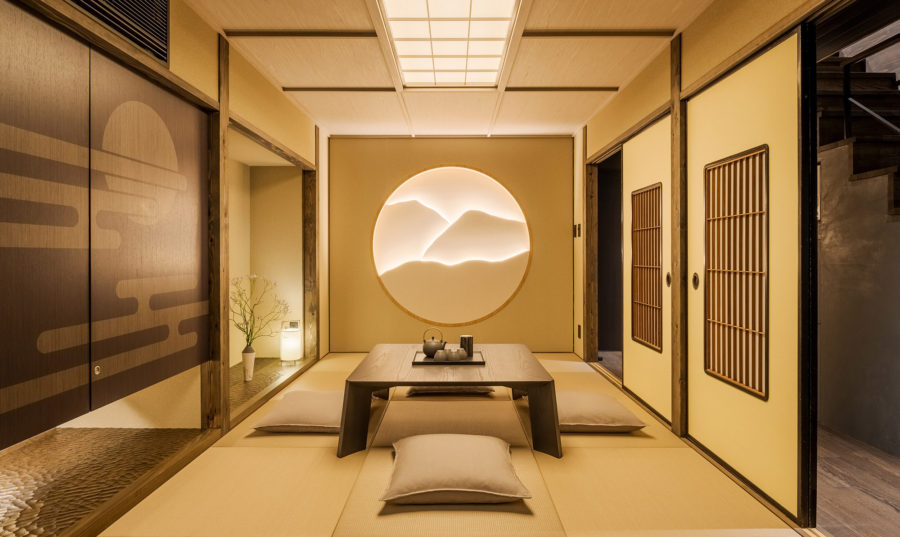